Reaching Teens With an Edge and a Smile

When Teen Vogue launched in February 2003, teenagers rushed to stores to pick up a copy. They were excited to read up on the latest beauty trends, relationship advice, fashion icons, and celebrity gossip.  Young children may have been too busy reading American Girl and Highlights Magazine to care about makeup or relationships. But for teens, this was everything.

Fourteen years later, Teen Vogue is still focused on those basics – celebrities, relationships, makeup, fashion and advice. But recently, the magazine has added something new – an increased focus on social justice issues and politics that has, sometimes, raised some eyebrows.

In a Feb. 25, 2017 article in The Guardian, Welteroth said the new philosophy was a reflection of teens today and their interest in current events and issues.

“This is somebody who is sophisticated, conscious. We say ‘woke’ here. We’re a woke brand, and our readers are woke, too,” she told The Guardian. “What I find is that when young people find a brand they relate to, that they feel speaks to them, they want it in every format they can get.”

That new, “woke” sensibility has earned Teen Vogue plenty of kudos but also some criticism.

But the article is now the site’s highest performing article to date according to Teen Vogue.  It already had many hits before the controversy, but it started a conversation that brought even more attention to the article and the publication altogether.

Teen Vogue’s coverage of such a topic is part of the magazine’s transition from a stereotypical beauty magazine misrepresenting its demographic to a socially aware journal bringing real teen perspective to the forefront of the industry.

According to Teen Vogue, Picardi was instrumental in creating the magazine’s new voice.

He redesigned the website, which included placing a section for news and politics on the front page.

“[Picardi] really realized that teenage girls in particular can think about more than fashion and beauty, that they care about what’s going on in the world and they care about politics,” editors said.

Editors added, the idea was to bring attention to the injustice happening in society.  “It’s not just a political issue anymore,” editors said, “it’s a human issue.”

“In terms of our political coverage, [Picardi] was never like ‘hey, we should do more politics,’ but it was more like ‘hey, this is really messed up.  We should cover that because our demographic cares about it,” editors said.

Another component of redesigning Teen Vogue was focusing the publication on models and celebrities who take a stance on social issues and fight for a cause.

“I think now more than ever they’re not just putting in somebody because they’re famous,” editors said.  “I think they’re really selective about who they’re putting in because they want that person to have a point of view on something and use their voice to better the world.”

Ever since Teen Vogue’s change in style, the magazine’s popularity has increased by millions of viewers.  In January 2016, before Welteroth took over as Editor-in-Chief, the website received 2.9 million U.S. visitors.  A year later, after Welteroth, Picardi and Suter’s changes, the site nearly tripled its traffic, reaching 7.9 million U.S. visitors.

According to editors, what makes Teen Vogue’s news coverage stand out is how the staff takes unique approaches to current events.

“I think what’s making Teen Vogue stand out right now is that we are looking for that different point of view and how we can bring something more special to the story and something our readers can take away from it,” editors said.

Despite criticism from several news sites and adults, Teen Vogue has been receiving much positive feedback from its main demographic according to editors.

According to editors, the editors use social media to find out what teens are thinking.  They also turn to these platforms for feedback from their readers in order to improve the magazine.

By making the transition between a magazine solely about fashion to a publication that takes a bold stance on social issues, Teen Vogue has attracted much attention, whether it’s in the form of compliments or criticisms.  According to editors, it is important to continue in this direction because the multi-faceted teens of today need their voices to be heard. 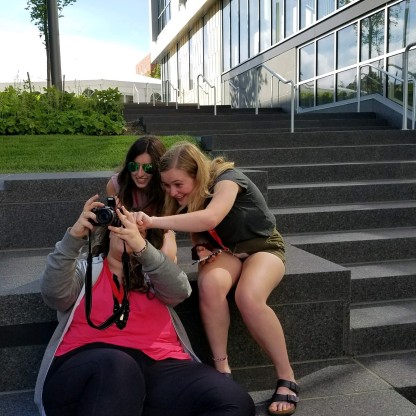 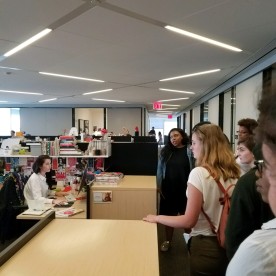 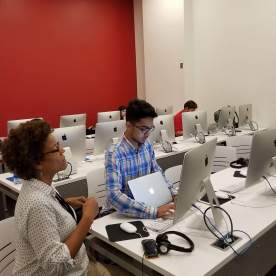 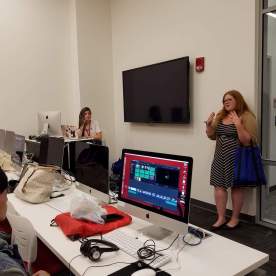 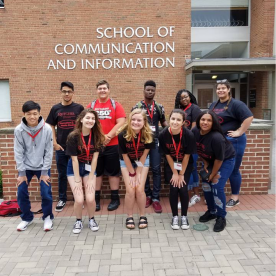 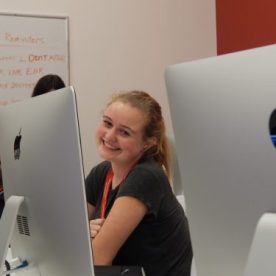 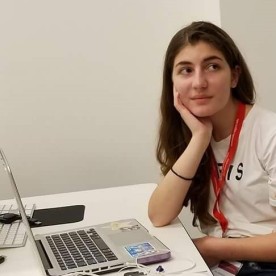